NRG Stadium, home of the Texans 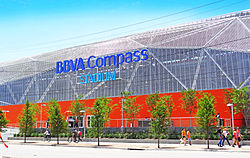 Toyota Center, home of the Rockets.

The City of Houston and the Houston metropolitan area has a rich sporting culture and the area residents are active in many spectator and participant sports. Spectators attend events including teams from four major professional sports teams and collegiate sports. Participants enjoy activities from running in Memorial Park to sailing on Galveston Bay and Clear Lake. A number of other sports are also available, including nearly a dozen fencing clubs, ranging from recreational clubs to elite competitive organizations.

Minute Maid Park (home of the Astros) and Toyota Center (home of the Rockets) are located in Downtown Houston—contributing to an urban renaissance that has transformed Houston’s center into a day-and-night destination. Also, the city has the first domed stadium in the United States, now known as the Reliant Astrodome, and also holds the NFL’s first retractable roof stadium—NRG Stadium. Other facilities for major league teams in Houston include BBVA Compass Stadium, a soccer-specific stadium. Scrap Yard Sports Complex (home of the Dawgs) is located north of Houston in Woodlands, TX. Constellation Field (home of the SaberCats) is located southwest of Houston in Sugar Land, TX. 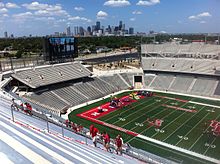 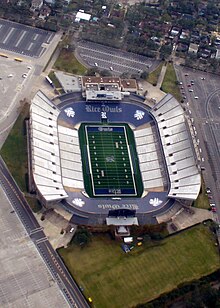 Four Division I college athletic programs play within the city of Houston, and a fifth is located in the metropolitan area. A new venue, TDECU Stadium, opened in 2014 on the University of Houston campus at the former site of Robertson Stadium. Other college sports facilities in Houston are Hofheinz Pavilion and Rice Stadium.